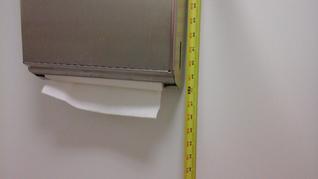 Myths & Facts about the Americans With Disabilities Act 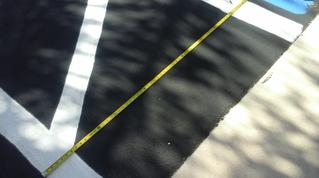 FACT: The ADA has resulted in a surprisingly small number of lawsuits-- only about 650 nationwide in five years. That's tiny compared to the 6 million businesses; 666,000 public and private employers; and 80,000 units of state and local government that must comply.

MYTH: The ADA Guidelines are rigid and requires businesses to spend lots of money to make their existing facilities accessible.

FACT: The ADA is based on common sense. It recognizes that alter existing structures is more costly than making new construction accessible. The law only requires that public accommodations (e.g. stores, banks, hotels and restaurants) remove architectural barriers in existing facilities when it is "readily achievable", i.e., it can be done "without much difficulty or expense." Inexpensive, easy steps to take include ramping one step; installing a bathroom grab bar; lowering a paper towel dispenser; rearranging furniture; installing offset hinges to widen a doorway; or panting new lines to create an accessible parking space.

FACT: Not True. Often it may not be readily achievable to remove a barrier--especially in older structures. Let's say a small business is located above ground. Installing an elevator would not, most likely, be readily achievable--and there may not be enough room to build a ramp--or the business may not be profitable enough to build a new ramp. In these circumstances, the ADA would allow a business simply to provide curbside service to persons with disabilities.

FACT: Not True. Waiters can read the menu to the blind customers.

MYTH: The ADA requires extensive renovation of all state and local government buildings to make them accessible.

FACT: The ADA requires all government programs, not all government buildings to be accessible. "Program accessibility" is a very flexible requirement and does not require a local government to do anything that would result in an undue financial or administrative burden. Local governments have been subject to this requirement for years under the rehabilitation act of 1973. Not every building, nor each part of every building needs to be accessible. Structural modifications are required only when there is no alternative available for providing program access. Let's say a town library has an inaccessible second floor. No elevator is needed if it provides "program accessibility" for persons using wheelchairs by having staff retrieve books.

FACT: The ADA only requires that effective communication not exclude people with disabilities -- which in many situations means providing written materials or exchanging notes. The law does not require any measure that would cause undue financial or administrative burden.

MYTH: The government is no help when it comes to paying for accessibility.

FACT: Not so. Federal tax incentives are available to help meet the cost of ADA compliance.

MYTH: Businesses must pay large fines when they violate the ADA.

FACT: Courts may levy civil penalties only in cases brought by the Justice Department, not private litigants. The Department only seeks such penalties when the violation is substantial and the business has shown bad faith in failing to comply. Bad faith can take many forms, including hostile acts against people with disabilities, a long-term failure even to inquire into what the ADA requires, or sustained resistance to voluntary compliance. The Department also considers a business' size and resources in determining whether civil penalties are appropriate. Civil penalties may not be assessed in cases against state or local governments or employers.

FACT: The primary goal of the Department's enforcement program is to increase voluntary compliance through technical assistance and negotiation. Under existing rules, the Department may not file a lawsuit unless it has first tried to settle the dispute through negotiations -- which is why most every complaint settles.

FACT: The Department has been party to 20 suits under the ADA. Although it tries extensively to promote voluntary compliance, the Department will take legal action when entities continue to resist complying with the law.

FACT: The Justice Department's enforcement of the ADA has been fair and rooted in common sense. The overwhelming majority of the complaints received by the Justice Department have merit. Our focus is on fundamental issues related to access to goods and services that are basic to people's lives. We have avoided pursuing fringe and frivolous issues and will continue to do so.

MYTH: Everyone claims to be covered under the ADA.

FACT: The definition of "individual with a disability" is fraught with conditions and must be applied on a case-by-case basis.

MYTH: The ADA protects people who are overweight.

FACT: Just being overweight is not enough. Modifications in policies only must be made if they are _reasonable_ and do not fundamentally alter the nature of the program or service provided. The Department has received only a handful of complaints about obesity.

MYTH: The ADA is being misused by people with "bad backs" and "emotional problems."

FACT: Trivial complaints do not make it through the system. And many claims filed by individuals with such conditions are not trivial. There are people with severe depression or people with a history of alcoholism who are judged by their employers, not on the basis of their abilities, but rather upon stereotypes and fears that employers associate with their conditions.

For more information on the Americans with Disabilities Act and to view the source of this information visit www.ADA.gov 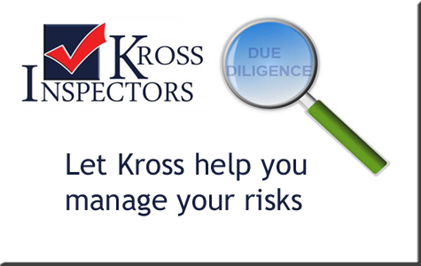